December 18, Colcannon will present their annual Christmas Show at the The Longmont Theatre, 513 East Main Street at 7:30 p.m. Featuring The Hub of Eternity, Christmas in Brooklyn, Rug Muire Mac do Dhia and a host of season songs and music. Mick says there’s no better way to get in the Christmas mood . . . 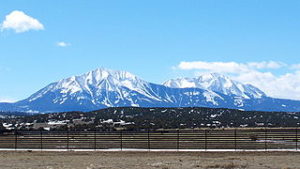 The Spanish Peaks International Celtic Festival will be held September 19-22 in Huerfano County, Colorado, with events taking place in the communities of La Veta, Walsenburg, Gardner, and Cuchara, and at Uptop on Old La Veta Pass.

This festival is now in its 13th year fulfilling its mission to serve Huerfano County and beyond with fantastic concerts, singing, dancing, and tale-spinning plus a wide variety of instrumental workshops taught by our guest artists. The festival also provides free community activities like the 6th Street Hooley Concert in Walsenburg; their very popular picnic ceili (a musical party) at Up Top; Scottish and Irish folk dancing in La Veta Park; a Sunday Sing Along, and numerous free beginning instrumental workshops. Then there is our all-important Schools Outreach Program, which includes artists’ visits to every school in Huerfano County.

The Spanish Peaks Celtic Festival is designed as an intimate four-day gathering led by renowned guest artists, teachers, and scholars from Celtic countries abroad, Canada, and the United States. The Festival offers over 60 different events, including major concerts; two singing programs; instrumental workshops and master classes; a series of demonstration talks and performances on aspects of Celtic music, history, and folklore; a Celtic Harp Retreat; a newly established Piping Retreat; and sprinkled throughout are ceilidhs/ceilis and playing sessions where anyone can freely join in or enjoy as an audience. Finally, the friendly ambiance and spontaneous interplay between artists and participants spark the exciting sharing of music, ideas, and knowledge, all reflected gifts from the fullness of a rich Celtic experience. 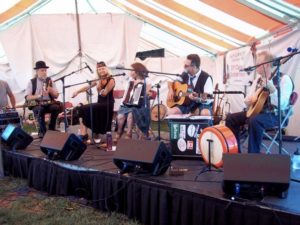 Skean Dubh will be kicking off the St. Patrick’s Day season at Swallow Hill this Saturday at 8 PM. Tickets available at https://www.eventbrite.com/e/skean-dubh-tickets-55289149334

Skean Dubh is one of the most enjoyable Celtic/Acoustic bands in the Rocky Mountain region. Their diverse repertoire spans centuries with fire-driven instrumentals, Scottish ballads, Irish pub-songs, Celtic folksongs, and gorgeous slow airs. Their music demonstrates to old and young alike the rich and varied musical heritage of the Celtic people. These versatile musicians have received accolades consistently over the years for their exuberant performances. They have that unique combination of traditional melodies, driving rhythmic accompaniment, and extremely musical vocals that make their performances unforgettable. The music may be Celtic, but the drive and enthusiasm are akin to full on rock. They have continually delighted audiences both with their musical styling and with their unusual instrumentation (a unique blend of traditional and modern instruments) including: Uilleann, (Irish) bagpipes, fiddle, guitar, banjo, bouzouki, whistles, mandolin, bodhran, djembe, doumbek, and accordion.

Skean Dubh in Niwot on Saturday

Colcannon have announced a concert coming up at Nissi’s. This will be their annual presentation of the Colcannon Christmas Holiday show and will take place on Tuesday, December 18 at 7.30 p.m.

So come and have dinner — the food is very good! — and join them for an evening of Christmas revelry, rascality and reflection!