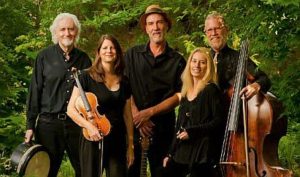 Mick with Colcannon says he hopes you’re enjoying this Holiday season. He wanted to let you know that they have a concert coming up at Nissi’s. This will be the annual presentation of the Colcannon Christmas Holiday show and will take place on Tuesday, December 19 at 7.30 p.m. So come and have dinner and join them for an evening of Christmas revelry, rascality and reflection!

Mick, Jean, Mike, Brian and Cynthia hope you can make it!

Brian Ó hAirt, singer, instrumentalist, and dancer, will be offering a workshop and a concert in Boulder on Saturday, December 2nd.

Brian is the only American to have ever won the All Ireland senior singing competition. He is a fluent Irish speaker, and has an extensive knowledge of the history of the music. His repertoire is largely from the Conamara region. You can read more about Brian on his website, here: https://www.brianohairt.com

His workshop is not to be missed. A full description of the workshop from Brian can be found below. Highly recommended for both singers and instrumentalists — anyone interested in the Irish music tradition.

“The vocal music of Ireland encompasses the breadth of human emotion. From heartbreaking laments to songs of emigration and deportation to florid love songs, much of what one encounters within the Irish tradition are songs fully formed and relating a narrative. There are, however, forms of mouth music and ‘silly’ songs that utilize melodies that have either been pulled from the instrumental tradition or have found their way into its repertoire. Often extemporaneous and requiring a nimble tongue and hearty lungs, these songs utilize vocables and humorous language in Irish and English to convey a melody very much aligned with dance music. Come experience both sides of this tradition—the songs and tunes—in a workshop aimed at both singers and instrumentalists. Expand your knowledge and repertoire of the tradition, explore ideas of phrasing and lift, and gain an understanding of the elements of style that can be applied to singer and musician alike. Lyrics and sheet music will be available but emphasis will be placed on learning by ear so please bring a recording device.”

6:00-7:00 PM Potluck Dinner Break: Very casual. Bring a dinner for yourself with the option of sharing.

1-hour session to follow the concert performance. Bring your instrument and your voice!

Space is limited. For Address and Directions, please email Adam with “BRIAN” somewhere in the subject line and include:

›› The number of people in your party

›› Whether you will attend the workshop, concert, or both

›› Note: Advance ticket purchase is not required. Please come with cash or check, and consider bringing some extra money to purchase CDs from the artists! 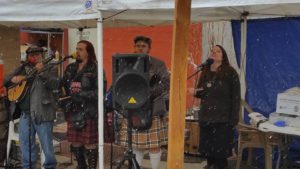 One of Colorado’s longer-standing Irish pub bands, Mulligan Stew, will perform this Sunday from 3-7 pm at “In the Zone” sports bar at 44th and McIntyre in Golden. Mulligan Stew have been performing together since 1997, in many various locales along Colorado’s front range, but this may be the first time they’ve held forth at a sports bar. Music will be on the patio, weather permitting.

Mulligan Stew is aptly named, as you’re never quite sure of the ingredients and the spices change from time to time, but the flavor’s just right for a taste of home. Come out and request your favorite Irish pub songs, or just choose from one of the traditional genres, drinking songs, war songs, love songs, or songs about drinking and going to war to forget an unrequited love. 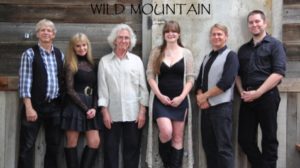 “Rain and on the run” is an excellent example of the talent and musical roots of Wild Mountain, Colorado’s “greengrass” band. Born of a fusion between Irish music and bluegrass, Wild Mountain are making quite a splash around the Denver area, and their upcoming CD, which will feature this track as one of its selections, will be no different.

This song and the way they perform it speak more to the bluegrass side of the band’s repertoire, but the bluesy feel definitely has Irish roots. It’s one of those “meaning of life” songs that could apply to many situations. Well worth a listen. Click on the title above.

Wild Mountain, is an Americana/folk-rock Bluegrass band with Irish/Celtic influences based out of Denver and Boulder, Colorado, delivering an acoustic-based Americana/Celtic/Bluegrass sound that touches a lot of stylistic bases, from folk to Celtic-Irish to American heartland Bluegrass rock music, all with captivating rhythms and melodies that excite both young and older audiences. Wild Mountain is truly a band that can be enjoyed by all ages.

Colorado Irish Festival, July 14-16 at Clement Park in Littleton, has announced the lineup for music at this year’s event. Here are the headliners: 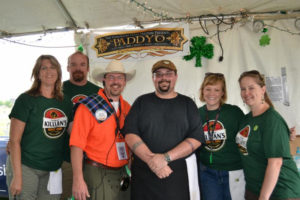 There are numerous volunteer positions available – front gate, festival store, beverage concessions, security, food/beverage loading stations and MORE! To start the process, click link below and follow the simple steps to complete the process. AS A VOLUNTEER, YOU RECEIVE FREE EVENT ADMISSION FOR THE DAY THAT YOU VOLUNTEER! (If you volunteer Friday night, you receive either Saturday or Sunday free event admission).

Colcannon’s new CD is a hit! 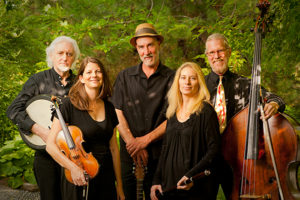 Just got the new CD from Colcannon, “Wild Orchid,” and it’s classic Colcannon virtuosity that shines like new.

The opening (title) track sets the tone. Starting out slowly, with some excellent guitar work, it suddenly explodes into a full blown Colcannon instrumental extravaganza. This is quality Irish music music at its best, and really shows off the musical talents of this extraordinary group.

But Colannon are not just talented instrumentalists, as amply demonstrated by track two, that starts off with a touching folk song featuring the band’s frontman, Mick Bolger, called The Reason I Left Mullingar. A classic Irish tale of woe and poverty, it offers the essence of what Irish music is all about, and Mick is the storyteller/bard to carry it off. This is well-paired with another instrumental called The Left Handed Mill.

Track three is a classic reel set featuring McFadden’s Favorite, Castle Kelly, and Buckley’s Fancy, carried off as usual by the talented instruments of Colcannon. This set prominently features the band’s newest member, talented flautist Cynthia Jaffee, well-backed by the rest of the band in energetic fashion.

Then comes the lament. What else would you expect in Irish music? A sad tale of unrequited love, False, False echoes the cry of the jilted lover, and again features the voice of Mick Bolger, who can carry off a sad song as easily as the humorous ones he so enjoys.

Then we’re back to Cynthia’s flute talents, with Never Too Soon, a charming tune that will lighten your spirit, paired with The Blue Ducks, showing off the mandolin talents of Brian Mullins. A pair well worth a listen.

Botanic Endgame is an entertaining song, full of veiled references to the IRA, couched in a song purportedly about a chess match. If you love metaphors, this is right up your alley; and if not, it’s still a great song. See how many layers you can peel back.

Next we come to a fantastic arrangement of Turlough O’Carolan’s tune Planxty Irwin, which the multi-talented Mike Fitzmaurice has arranged into a fugue, and performs on the upright bass for which he is so justly famous. He’s put lovely accompaniment to the simple tune, featuring the very talented Jean Bolger on fiddle, along with Cynthia and Brian on flute and mandolin. If you ever wanted the baroque touch in Irish music, this is it.

If you’ve ever enjoyed an Irish seisún, Highlands will lighten your heart and get your toes a tapping. Quite a rousing set, and features all the band members blending their enthusiasm for this music in a very enjoyable way.

Then we have a contemplative song in the plaintive voice of Mick Bolger called January Man. It’s kind of an ode about the meaning of life, using the seasons of the year as a progressive metaphor to tell the story of the life of a man. This one will get you thinking (and feeling).

Shins by the Fireside and Red Stockings take us back to the instrumentals, but not in the manic mode of Highlands. These deceptively simple tunes really show off a deep appreciation for the heart of Irish music, something this group obviously values.

In An Paistín Fionn, Mick reminds us that he’s a native Irish speaker. This paean to the singer’s one true love speaks of her as the fair-haired one, and is very romantic. Mick carries it well, making the sentiment accessible even to those who don’t understand the Irish. Quite a brilliant song altogether.

Cynthia and Jean start off Ah, Surely, with their usual flair. This old Sligo reel is named after a man named Willie Snee, who purportedly played in as the last tune in a contest to see who had the most tunes. He claimed he had learned it from the little people, and you can hear their spirit in its music. It’s paired with an enjoyable reel called The Reconciliation, played ably by the group as a whole. An enjoyable short set.

We finish off this excellent album with a Colcannon original, Planxty Vicki Levine. There’s got to be a story behind that, which I hope Mick will add to the comments below. It’s a very soothing tune, again featuring all the artists, including Mike on the bass once again. A fitting conclusion to an excellent collection of music.

Visit Colcannon’s web site, where you can listen to and buy their music, and learn more about one of the most talented Irish bands in the Rocky Mountain west; maybe beyond. Their latest offering is only part of a long history of excellent music by this talented group. Check them out. 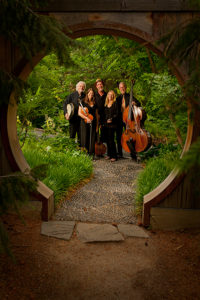